How Is Chloramine Used in Water Treatment Facilities?

How Is Chloramine Used in Water Treatment Facilities? Learn About this Disinfectant Your Water Treatment Facility May Be Using Does your water treatment facility use chloramine?

Here’s a breakdown of what chloramine is, how it’s used, the risks it poses, and how to best remove it.

Chloramine is chlorine that’s been bonded with ammonia. It can be formed when chlorine reacts with ammonia that’s naturally found in the water, but in this context the ammonia has been intentionally added to chlorinated water to produce chloramine.

Chloramines actually include three different compounds: monochloramine (NH2Cl), dichloramine (NHCl2) and trichloramine (NCl3). While water utilities often refer to chloramine as monochloramine, these three forms are always converting into each other depending on temperature, pH, turbulence, and the ratio of chlorine to ammonia.

When they first add the ammonia to create chloramine, it starts as monochloramine. Over time, that converts into dichloramine, trichloramine, and other byproducts.

Why and How Is Chloramine Used in Water Treatment?

These days, 1 in 5 Americans have water that’s been treated with chloramine. Why and how is this product used during water treatment?

Chlorine is the most commonly-used disinfectant in water treatment systems in the US. It’s used to kill disease-causing pathogens including bacteria, viruses, and protozoans which grow in water storage tanks, water supply reservoirs, and water mains.

However, chlorine dissipates out of water fairly quickly. In fact, if you leave water standing, chlorine will evaporate out over a fairly short amount of time.

Adding ammonia to chlorine produces chloramine, which is more stable. This means that it stays in water distribution systems longer than free chlorine. Water companies use chloramine for secondary disinfection, to provide longer-lasting disinfection as water moves through your pipes and into your home.

The other advantage of chloramine is that it doesn’t produce trihalomethanes (THMs) in the concentrations that chlorination does.

THMs are byproducts formed when organic matter combines with chlorine. They’ve been linked to increased risks of cancer and problems during childbirth. As a result, the EPA has instituted a maximum contaminant level of .08 milligrams per liter (mg/L) for THMs. Many water treatment facilities have responded to this regulation by adopting chloramine disinfection, or chloramination, because it produces about one-third less THMs than chlorination.

The ammonia used to create chloramine is typically added later in the water treatment process. There are two reasons for this:

What Are the Risks of Chloramine?

Here’s a detailed breakdown of the many possible health risks associated with chloramine.

Respiratory and Other Issues Caused by Inhalation

Because chloramine contains ammonia, it can cause severe reactions when you make contact with it. Possible reactions include:

As we mentioned above, chloramine is a less effective disinfectant than chlorine. This means that chloraminated water is more likely to contain dangerous pathogens than chlorinated water. This poses a serious risk to people with weakened immune systems, including:

Risks to People with Kidney and Blood Problems

How Do I Remove Chloramine from My Water?

So, how can you use home water treatment to remove chloramine from your water?

Unfortunately, chloramine is very difficult to remove. They’re small, stable molecules that have no net charge. This makes it hard to remove them with distillation, reverse osmosis, or ion exchange.

The best way to remove chloramine is with a whole house water filter using an activated carbon filter with a low flow rate. The carbon itself doesn’t remove chloramine, but it acts as a catalyst for the chemical breakdown of chloramines into harmless chlorides. The byproducts, including ammonia, should then be removed with reverse osmosis.

If you’re worried about chloramine in your water, you should get your water tested. Angel Water will test your water, identify contaminants, and propose solutions. Our licensed plumbers have been installing and servicing whole house water filters and reverse osmosis systems to provide effective water treatment in Barrington, IL and the Chicago area for decades. Give us a call at (847) 382-7800 to discuss how we can make your water safer today! 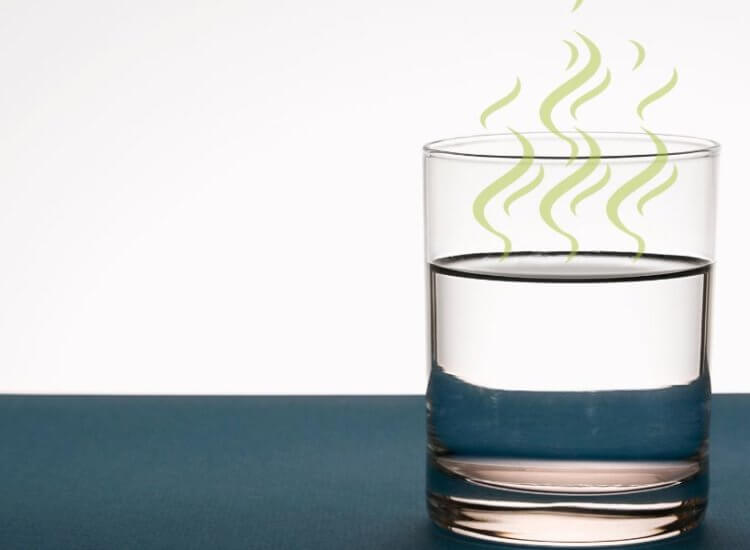 What’s the Best Solution for When Your Water Smells Like Sulfur?

Phew! Your water smells like sulfur again, wafting out whenever you turn on the tap. Where’s that rotten egg odor coming from, anyway? The answer may be hydrogen sulfide, sulfur bacteria or iron bacteria in your water. These pollutants occur in many people’s water supplies across the country, most typically in well water. In higher […]

It’s 2022. Cellphones are miniature computers, voice control is taking over, and self-driving vehicles are becoming a reality. Since we have access to all these high-tech products, one might assume that, finally, everyone has access to clean water. Sadly, that’s not the case. Boil water notices still occur throughout the Florida region to keep residents […]

PFAS in Chicago Water: How to Avoid Dangerous Forever Chemicals

Imagine human-made chemicals in your drinking water. They resist heat, oil and stains. They can also last for years and years and live in your water, attacking your health. And the worst part is we haven’t studied these chemicals nearly enough. These chemicals are called PFAS. A recent investigation by Michael Hawthorne of the Chicago […]

What Causes Legionnaires’ Disease? It Could Be Your Water!

Here’s Everything You Need to Know About Legionnaires’ Disease At Angel Water, we want to protect people from the health hazards of contaminated water. Because of this, we wanted to help raise awareness about America’s most deadly waterborne disease, Legionnaires’ Disease. In recent months, this disease has made headlines in the Chicago region as outbreaks […]

What to Do About Particles in Your Tap Water

What’s floating in my tap water? You’ve noticed little flakes or other particulate matter floating in your water glass or bathtub, and you’re worried that, whatever they are, they might be dangerous to your family’s health. Take a closer look to figure out what’s going on. How to identify what those particles are. The easiest […]